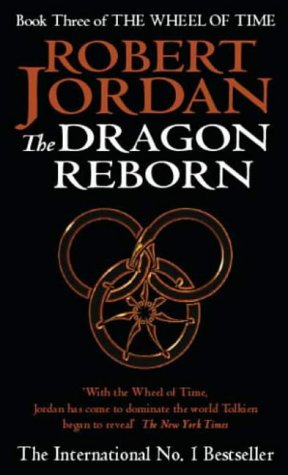 The Land is One with the Dragon - and the Dragon is One with the Land The Shadow lies across the Pattern of the Age, and the Dark One has turned all his power against the prison that binds him. If it fails he will escape and nothing will stand in the storm that blows then ...save the man that was born to battle the darkness: Rand al' Thor, the Dragon Reborn.

The third book in the series is the best so far for the most part. The ensemble of characters get the majority of the focus, and this makes the plotlines more interesting.

The characters are reduced slightly down to the original core plus a few new hangers on, and this makes the reader feel more like par of the team. Like the earlier books however thus was structured in a split up, travel, coincidently end up back together structure.

My continuing criticism of the series is that the endive are rather abrupt. This one in particular had an anti-climatic feel after the final battle when there was a conference and very little in the way of cliffhanger to draw me back in when I come to book four.