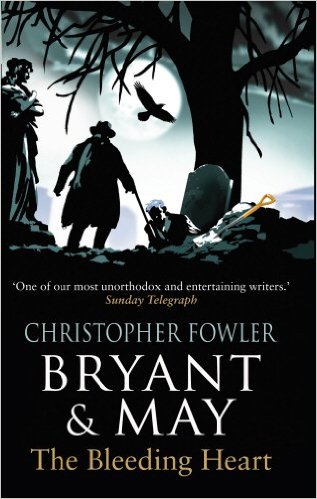 Two teenagers see a dead man rising from his grave in a London park. And if that's not alarming enough, one of them is killed in a hit and run accident. Stranger still, in the moments between when he was last seen alive and found dead on the pavement, someone has changed his shirt.

Much to his frustration, Arthur Bryant is not allowed to investigate. Instead, he has been tasked with finding out how someone could have stolen the ravens from the Tower of London. All seven birds have vanished from one of the most secure fortresses in the city. And, as the legend has it, when the ravens leave, the nation falls.

Book I-Don't-Know-I've-Lost-Count in the Bryant and May series brings a slight lightening of tone - with the plot focus a bit more mysterious and slightly less brutal, and the increasingly rich world take a turn for the mildly amusing and less perilous.

I enjoyed playing along he whodunnit game, and seeing particularly this time into Bryant's psyche as the plot starts to explore elements from his distant past.

Another good entry in the series, but one that having completed is now going to force me out to the bookshops to find the next book.