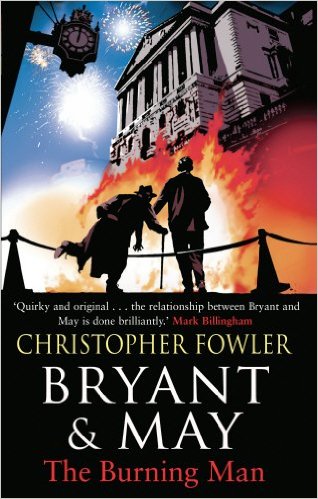 London is under siege. A banking scandal has filled the city with violent protests, and as the anger in the streets detonates, a young homeless man burns to death after being caught in the crossfire between rioters and the police.

But all is not as it seems; an opportunistic killer is using the chaos to exact revenge, but his intended victims are so mysteriously chosen that the Peculiar Crimes Unit is called in to find a way of stopping him.

I never know quite what I’m going to get from a Christopher Fowler novel. There’s a sense in my mind that he can write really good horror and really good comedy - and that the Bryant & May series moves around both those spaces.

This feels one of the darker B&M novels, with some brutal scenes throughout as the protagonist works through their scheme and our heroes attempt to work out what’s happening.

The character moments also feel emotionally down in this novel, with age clearly catching up with them, and expectations of the world not aligning with their wants.

It is another good mystery, but I think the overall tone is a bit bleaker than I prefer, and I hope that the subsequent novels might resume that slightly more jolly feel.