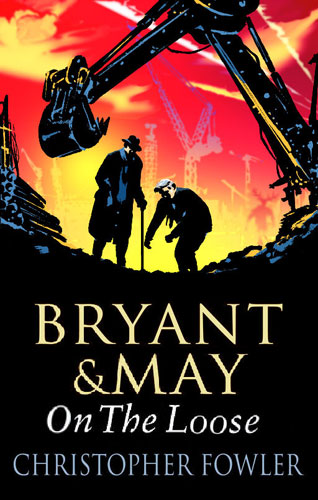 ong regarded an anachronism and a thorn in the side of its superiors, the Peculiar Crimes Unit is to be disbanded. For octogenarian detectives Arthur Bryant and John May, it seems retirement is now the only option. But then a headless body is found in a freezer, and on the perimeter of a massive construction site near King's Cross, a gigantic figure has been spotted - dressed in deerskin and sporting antlers made of knives and suddenly, with limited resources and very little time, the PCU are back in business.

The seventh novel about the Peculiar Crimes Unit opens with the interesting twist of the unit being disbanded and its staff sent on their merry way. This is of course followed by the discovery of a peculiar crime, and the investigation is off.

Like many of the previous novels, the interesting content is not so much the plot or investigation, but the details that it uncovers about London, specifically in this case Kings Cross, and its history, as well as the interaction between the characters, which has both a comedic and a slightly dark edge.

I'm still not entirely sure I've got a grip on what the series is meant to be about. But I don't think it really matter as it keeps me entertained and wanting to pick up the next book.