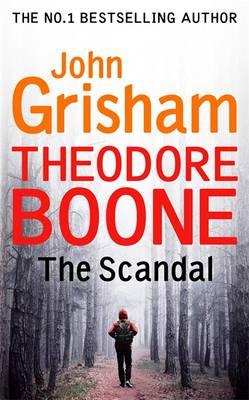 Theodore Boone, courtroom hero and the only kid lawyer in town, is facing a tough week at school with his exams.

But things take a turn for the worse when a huge scandal is revealed - by none other than his best friend, April. And when April makes a decision that Theodore advises against, the scandal suddenly blows up and is all over the news.

Their futures are on the line and April's running scared. Can Theodore find a way to reverse the damage and save several lives from ruin?

The sixth Theodore Boone novel from John Grisham sees his middle school hero taking standardized tests that will affect his further education, and needless to say things descend into the courtroom.

There are many good things about this book - the characterisation is much improved over the earlier stories, with the main character being much more realistic and three dimensional. The plot as well is completely believable and moves at a good pace.

However, the story suffers on a number of angles. One of the most notable things when I started reading was the presence of outdated attitudes in the narrative, for example that the Boone family trend to eat out because Theodore's mother is not good at cooking, with no reference to the other characters' culinary abilities. Similarly there are elements of classism, with the narrator looking down on families who live in rented accommodation, and I'd imagine alienating half his target audience. Later on though the story takes a drastically socialist turn leaving ma unsure what message I'm meant to be taking away.

Finally, for a book about morality and doing the right thing, it seemed particularly lenient in wrongdoers. Perhaps it's because I don't have an understanding of how things work in fictional America, but I'm fairly sure similar events in the UK would have been considered far more seriously.

So. Slightly entertaining, but also aggravating. I don't think I can recommend it.