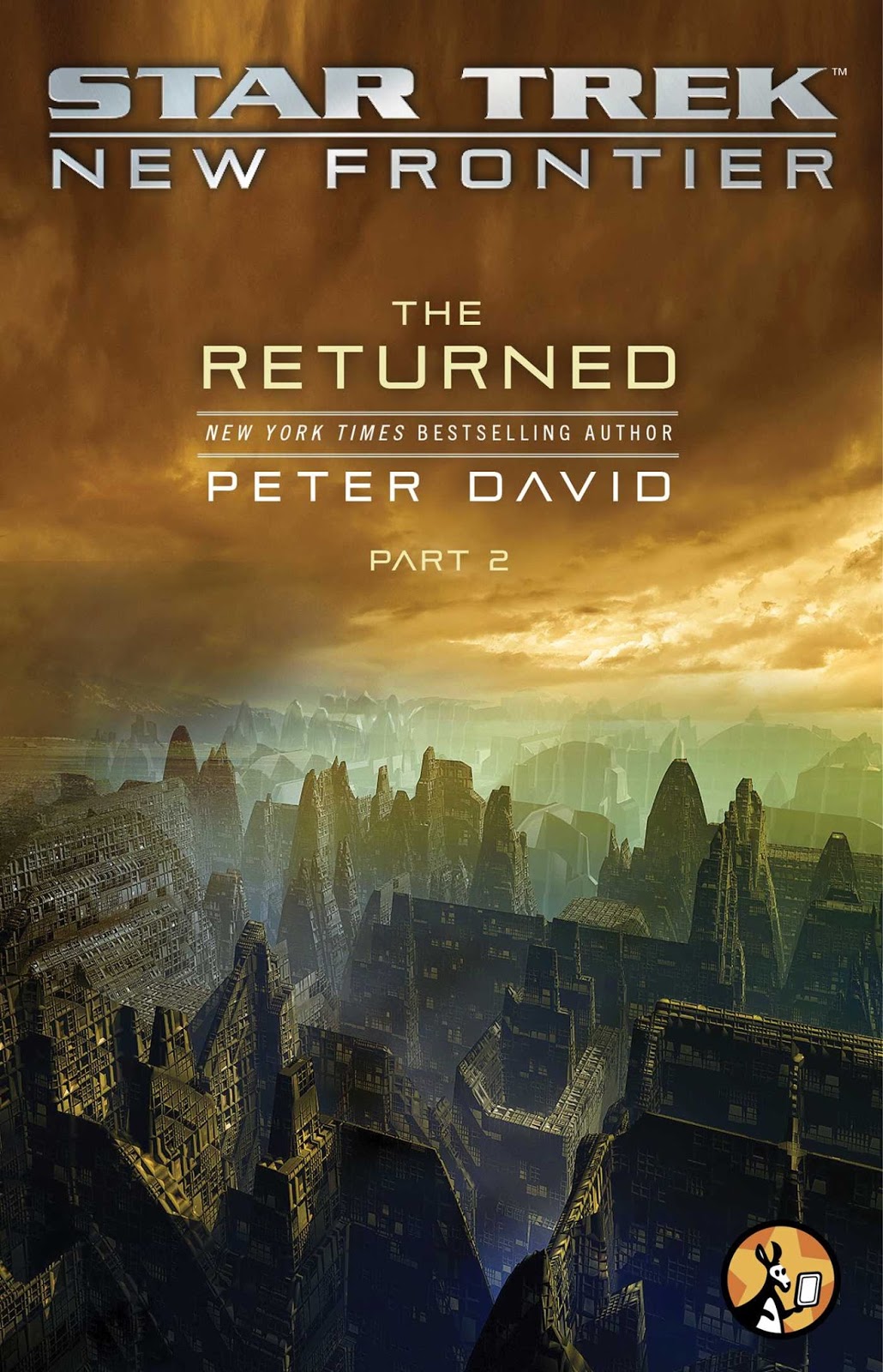 Captain Mackenzie Calhoun's search of Xenex has failed to find any survivors, and now he is bound and determined to track down the race that killed them and exact vengeance upon them. His search will take the Excalibur crew into a pocket universe, where he discovers not only the homeworld of the D'myurj, but another race that shares Calhoun's determination to obliterate his opponents. But is this new race truly an ally, or an even greater threat?

The second part of Peter David's new e-novella trilogy about Captain Calhoun and the crew of the Excalibur follows directly from the cliffhanger at the end of part one, as the ship investigates a pocket universe while attempting to recover missing friends.

I found the secondary plot more interesting though - focussed on events on New Thallon and flashbacks giving new insight into the background of the Thallonians who have played such a big part in the New Frontier series.

Overall though, although it was funny, action-packed and fun to be back with the core of characters, it does feel a lot like a middle, and this part doesn't seem like it stands alone as well as the first ebook. Strong setup though for part three, which is only a few weeks away.