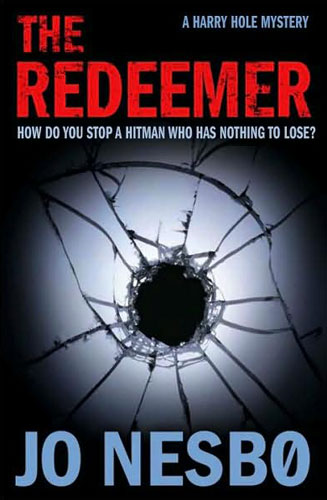 One freezing night in Oslo Christmas shoppers gather to listen to a Salvation Army street concert. An explosion cuts through the music, and a man in uniform falls to the ground, shot in the head at point-blank range.

Harry Hole and his team have little to work with: no immediate suspect, no weapon and no motive. But when the assassin discovers he has shot the wrong man, Harry Hole's troubles have only just begun. After some exceptionally shrewd detective work, the team begins to close in on a suspected hit man, monitoring his credit card, false passport and the line to his employer. With no money, only six bullets and no place to stay in the bitter cold, the hit man becomes increasingly desperate. He will stop at nothing to eliminate his target.

Harry Hole's sixth adventure sees the alcoholic detective, fresh from the ongoing storyline of the previous three novels, investigating the assassination of a Salvation Army official in the middle of an Oslo Christmas concert. As usual, things aren't quite that simple.

In common with a number of Nesbo's books that I've read, this one has an awkward beginning. The opening chapters didn't grip me and seemed overly graphic and unrelated to some of what came later. The plot, once it picks up, is actually the best part of this book, with a satisfying number of twists, turns and double-bluffs. The mystery is very strong despite the time spent aligned with characters from all sides and the urge to find out more is what really drove me to read quickly.

The characters however aren't so enthralling and in many cases feel underdeveloped. Where they are given backstory it tends to be in the form of a massive chunk of life history which distracts from what's happening in the story rather than naturally filling in the reader.

Overall, a very similar book to others in the series, with a good story and some particularly enjoyable scenes. I'm still not convinced that Nesbo is one of the best crime writers around, but his books are certainly popular.