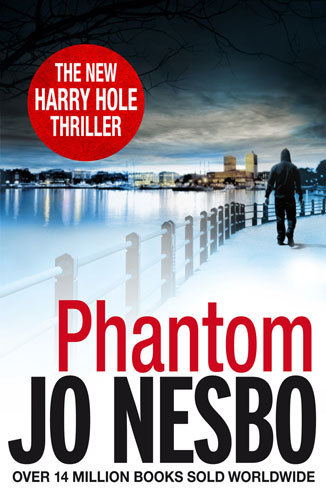 After the horrors of a case that nearly cost him his life, Harry Hole left Oslo and the police force far behind him. Now he's back, but the case he's come to investigate is already closed, and the suspect already behind bars.

Denied permission to reopen the investigation, Harry strikes out on his own, quickly discovering a trail of violence and mysterious disappearances apparently unnoticed by the police. At every turn, Harry is faced with a wall of silence.

But Harry is not the only one interested in the case. From the moment he steps off the plane, someone is watching his every move.

The ninth Harry Hole mystery is the first one I've managed to read in the right order - I finally have the full backstory of the previous eight books, and felt that it was definitely a useful background for this plot.

The book is set three years after the previous entry, during which time Harry has been absent - now he returns to Norway on a personal mission. The character is really well written and (I know I've said this before) this is probably the best book in the series.

The plot is intricate and keeps you guessing, and as a reader you have a real emotional attachment to the action that some of the previous books have lacked. I have to admit though that having reached the end, I'm still not entirely clear what the resolution was. Maybe I'll find out when I get to the next book!