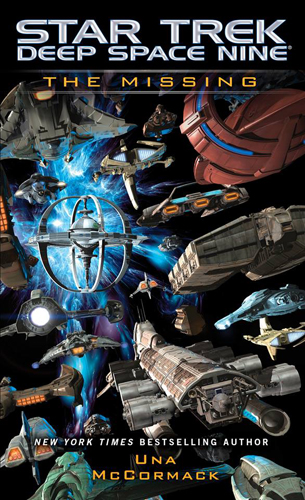 Deep Space 9 is once again becoming an important way station in the Alpha Quadrant for many different people with many different agendas. Uniquely crewed by representatives of different species from both the Khitomer Powers and the Typhon Pact, the Federation science and exploration vessel Athene Donald stops at the station as its final port of call before heading into uncharted territories.

Finally! A new DS9 novel! But is it? We're well into the second DS9 relaunch by now, and there's a big continuity gap sitting in the wings waiting to be filled in between the two. This story really focuses on three known characters, all of them based in or around DS9, but really Ro, Crusher and Pulaski are all Next Generation characters.

The story is about separation from family, a theme which fits really nicely with the selection of characters that McCormack has pulled together, and the numerous plot strands that weave together here. It's also about strong female characters, though I only realised that a few days after is finished reading it. I'm not sure if that says more about the author's subtlety or my own blindness to such factors, and if the latter whether that's a positive thing or a negative.

So I must admit that I was a little disappointed that it wasn't a bit more DS9 focused, and that the plot was really a gathering of multiple parallel strands rather than a single main narrative. However Isis enjoy the visit to the station and find McCormack to be one of the best writers of real character in Trek.

I look forward to more from the series, from the author, and more Cardassians please!