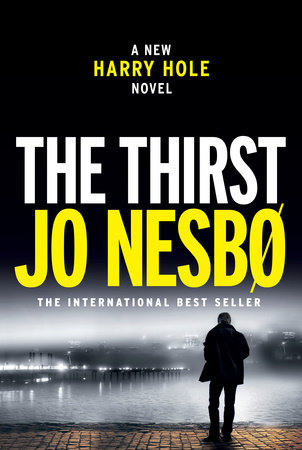 A woman is found murdered after an internet date. The marks left on her body show the police that they are dealing with a particularly vicious killer.

Under pressure from the media to find the murderer, the force know there’s only one man for the job. But Harry Hole is reluctant to return to the place that almost took everything from him. Until he starts to suspect a connection between this killing and his one failed case.

When another victim is found, Harry realises he will need to put everything on the line if he’s to finally catch the one who got away.

Jo Nesbo returns to his regular character, former detective Harry Hole, in this eleventh adventure. When a new and shocking series of murders hits Oslo, Harry struggles not to be drawn back into his old life.

And they really are quite surprisingly brutal murders in this one, more so than I’d come to expect from this series. Otherwise though, and especially once the plot gets moving, it’s very similar to what’s come before it, being a mix of criminal investigation story and dive into the psychology of the main character.

I think ultimately I was a bit disappointed - I’m not sure there needed to be another Harry Hole novel, and I don’t feel like it added much to the series that the earlier books didn’t have. I didn’t appreciate the more brutal violence (maybe I’m getting old) and while it’s not a bad book, it just feels like retreading old ground.