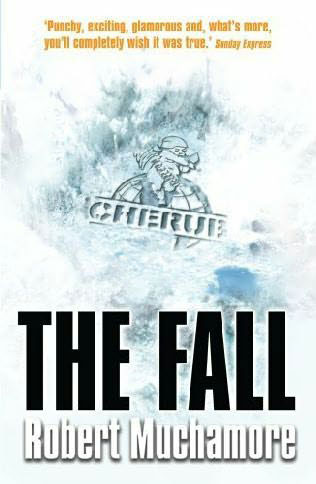 When an MI5 operation goes disastrously wrong, James Adams needs all of his skills to get out of Russia alive.

Meanwhile, his sister Lauren is on her first solo mission, trying to uncover a brutal human trafficking operation.

And when James does get home, he finds that his nightmare is just beginning.

Cherub book seven is an interesting departure from the formulaic nature of some of the previous books in the series. While teenager siblings James and Lauren remain secret agents working undercover for the British government, the story sees them spend a lot of time at their base and deals with their wider lives rather than focusing on a specific mission.

The book reflects the ageing of the characters, and with James now fifteen, continues the series’ tradition for realism by depicting the sort of thing a real fifteen year old is likely to get up to - parents would probably not consider this appropriate reading for younger children (though I’m not really in favour of censorship). There’s also slightly more violence than before, and it’s a tad more graphic.

Overall though I think this is a fantastic series for teenage readers, and this another good entry. The realism of the characters lives fits well with the action-oriented adventure plots that make for a thrilling yet relatable read.