The Murder on the Links 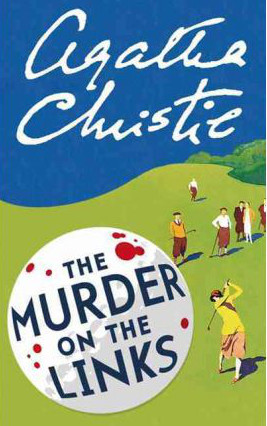 On a French golf course, a millionaire is found stabbed in the back...An urgent cry for help brings Poirot to France. But he arrives too late to save his client, whose brutally stabbed body now lies face downwards in a shallow grave on a golf course. But why is the dead man wearing his son's overcoat? And who was the impassioned love-letter in the pocket for?

In my opinion, a good mystery novel is one where you spend the entire narrative scratching your head, only to suddenly realise 'Of course!' as soon as the final revelation is made. That's not the reaction I had to this book. Although I did a lot of head scratching, there was no way I could have followed Poirot's deductions this time, particularly with the circuitous route of revealing the guilty party.

Captain Hastings' narration can be a little grating at times - he seems surprisingly incompetent and completely ignores Poirot's hints. I would imagine that if I were in his place I would have the time to think about the comments I were fed - although as I read through the novels in a couple of days I generally don't take the time out to think objectively about the case.

An interesting facet of this novel is that it is set in France. Strangely though all of the characters still speak the same language, and nowhere is it mentioned whether all French people speak perfect English, or the English perfect French. I found that an odd omission from a writer who pays such careful attention to the details of crafting her plots. The characters however are exactly the same as they would be in a Christie novel set in England, with the possible exception of Poirot's rival - a French detective who tries to solve the case in a more modern manner than the Belgian's.

I'm hoping that the problems that I had with this novel are because it's one of the earliest of Christie's writings, and that with time her style will mature into something I find a more satisfying read.