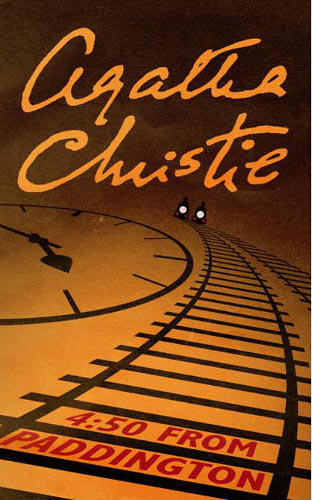 For an instant the two trains ran together, side by side. In that frozen moment, Elspeth witnessed a murder. Helplessly, she stared out of her carriage window as a man remorselessly tightened his grip around a woman's throat. The body crumpled. Then the other train drew away. But who, apart from Miss Marple, would take her story seriously? After all, there were no suspects, no other witnesses, and no corpse.

Back on form a little for Christie - the police aren't around to make bumbling fools of themselves until fairly late on in the game - Miss Marple has a valid, non-coincidental reason for being involved, and this time she has a trusty sidekick!

Yes, there are some of the issues that have blighted the recent previous books in the set, including the mansion house location, and the large, confusing family set up - but perhaps no-one in the time it is set would have cared about some random farm hands being murdered?

This one had an interestingly different set-up, and confirmation that we were on the right track (as it were) didn't come until late on. The red-herrings were very convincing, although they were very easy to spot - and I figured out the red herring solution early in the game.

The revelation at the end seemed a bit of a cheat, as there didn't seem to be any way to have seen it coming, and Miss Marple's own deductions are never explained, which is a little disapointing.