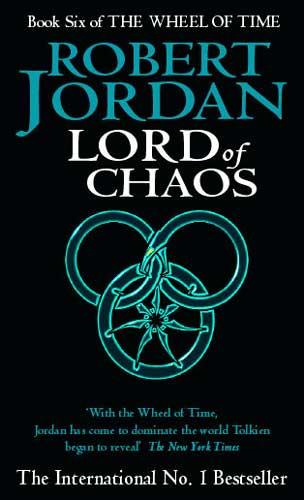 Rand al' Thor, the Dragon Reborn, strives to bind the nations of the world to his will, to forge the alliances that will fight the advance of the Shadow and to ready the forces of Light for the Last Battle. But there are other powers that seek to command the war against the Dark One.

So, book 6, finally halfway through the main series of Wheel of Time, and I'm starting to get a bit tired of the series now, especially as this one had a really slow first half. It's not that nothing was happening, but unusually for the fantasy genre, no one was travelling anywhere.

I'm a little concerned that this series doesn't have anything to help new readers to catch up if they drop in mid-series. Admittedly this can often be grating if you have already read the previous volumes but surely leaving it out is limiting your potential sales to an already captured audience?

In the second half of this book the pace picked up again with a lot of big scenes, but again they didn't seem to be going anywhere. Overall I don't feel that the plot was advanced much in this book. It just seems like it is just a tool to set up some plot points and alter some characters opinions to get them into their places for the rest of the series.

I'm not sure any more whether I'm looking forward to reading the next volume. Hopefully it will be more exciting, but I am half tempted to take a break before continuing.