The Hero of Ages 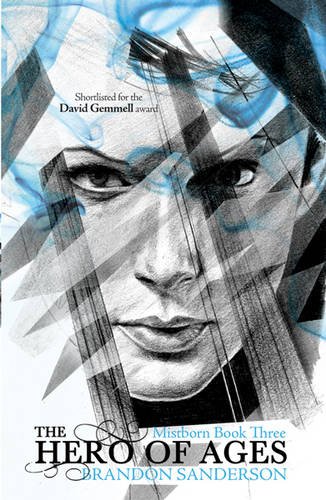 Tricked into releasing the evil spirit Ruin while attempting to close the Well of Ascension, new emperor Elend Venture and his wife, the assassin Vin, are now hard-pressed to save the world.

The third book in Brandon Sanderson's Mistborn series, and the end of the first of three planned trilogies is another brilliant read. Having accidentally released 'Ruin', a destroyer god, Vin and Elend must wage war against the falling ash, killing mists and an even more uncontrollable force of nature.

I really enjoyed the first two books in this series and the third has certainly continued the trend. This episode really goes a long way to explain a lot about the world the characters live in and the reader learns a lot more about its past. This is all presented in a well-paced manner, and the style of having a short piece of first person narration at the beginning of each chapter really helps to keep the reader informed, engaged and also mystified.

I feel that in this book the character focus has shifted slightly away from Vin, and although she remains the main character we see a lot more action aligned with Sazed and TenSoon - providing a lot of the exposition - and Spook - providing a lot of action. I quite enjoyed this as it helped to flesh the world out a little better and made the book feel much more rounded.

My only criticism of Sanderson's writing style would be that he is constantly reminding the reader of things they already know - I can understand having a bit of a refresher towards the opening, as it may be some time since the reader consumed the previous novel, but it's all the way through which feels a little redundant. My favourite thing though was the volume of exposition that he manages to seamlessly wedge in, which really served to pull the whole series together - lots of elements from the first two books can now be seen in a completely new light and make a lot of sense.

Overall, this is a fantasy series I certainly would recommend (and have done) and I'm really looking forward to reading more of Sanderson's writing, and particularly the continuation of this world.