Murder in the Mews 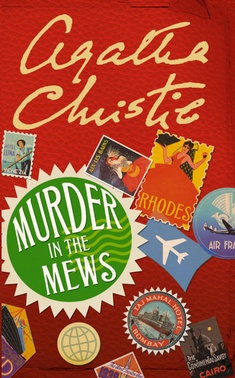 How did a woman holding a pistol in her right hand manage to shoot herself in the left temple? What was the link between a ghost sighting and the disappearance of top secret military plans? How did the bullet that killed Sir Gervase shatter a mirror in another part of the room? And who destroyed the 'eternal triangle' of love involving renowned beauty, Valentine Chantry?

Murder in the Mews is a collection of four novellas, each depicting one of Hercule Poirot's minor cases. There are two cases of suspect suicide, a theft and an accidental murder.

The first three cases each have a good amount of meat on them, though number three has a few too many characters to keep track of in such a brief tale. I'm afraid I didn't find any of them particularly strong, particularly in some places where vital clues were withheld from the reader - something Christie is usually very good at avoiding. This having been said, even in the stories which did keep everything in the open I was unable to successfully pinpoint the culprit before the big reveal.

I don't think the the novella formats lends itself well to Poirot's adventures, and story three (which was my favourite) looked as if it could have been extended into a full novel. However the short story format of the final tale felt even more of a let down after the more detailed episodes that it followed.

Overall, I'm afraid to say that this collection is probably best one for the purists rather than the casual reader, and hitting the full length novels would better serve anyone seeking a whodunit to tax their brains.