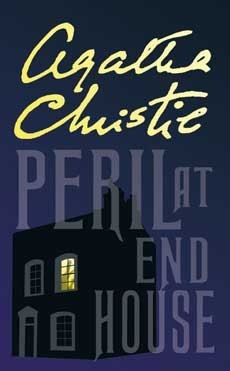 Nick Buckley was an unusual name for a pretty young woman. But then she had led an unusual life. First, on a treacherous Cornish hillside, the brakes on her car failed. Then, on a coastal path, a falling boulder missed her by inches. Later, an oil painting fell and almost crushed her in bed. Upon discovering a bullet-hole in Nick's sun hat, Hercule Poirot decides the girl needs his protection. At the same time, he begins to unravel the mystery of a murder that hasn't been committed. Yet.

This is a fairly standard Poirot novel featuring Captain Hastings as the narrator. Poirot decides to intervene when a young lady is shot at within spitting distance of his holiday accommodation.

I'm afraid that I was not particularly impressed by this one. There were probably too many characters and it seemed a lot of effort for both the reader and Poirot to keep track. Indeed, the detective had to resort to writing down lists of the suspects several times to keep track.

While by the end of the novel everything does finally add up, it seems that the clues were rather lacking, and there was nothing there for the reader to get their teeth into to try to solve the mystery themselves. I think Christies has possibly gone a little too far with trying to out fox her audience.

Overall though its not bad for a quick read. Certainly more entertaining than a lot of what's available.