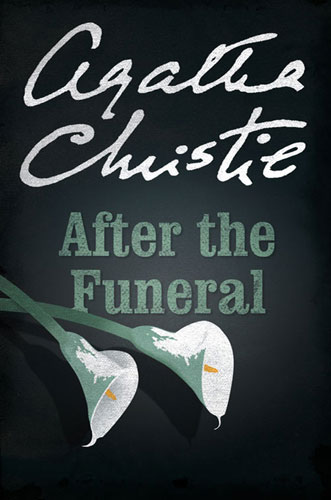 When Cora is savagely murdered with a hatchet, the extraordinary remark she made the previous day at her brother Richard's funeral suddenly takes on a chilling significance. At the reading of Richard's will, Cora was clearly heard to say: 'It's been hushed up very nicely, hasn't it! But he was murdered, wasn't he?' In desperation, the family solicitor turns to Hercule Poirot to unravel the mystery.

After the Funeral has some novel twists that turn it into a much more interesting Poirot investigation than I had been expecting, and it's one that I felt could benefit from being re-read to pick up on just how masterfully it has been crafted.

The mystery begins with the seemingly natural death of Uncle Richard, but at his funeral one of the mourners casts suspicion that he may have been murdered, and the deceased's lawyer turns to Poirot to find out the truth.

Like several of the series, Poirot is introduced quite late to proceedings and another character plays the part of protagonist for the opening chapters. This still feels slightly uncomfortable when the point of view shifts, but it enables Christie to write a narrative that seems more realistic and which reveals more to the reader than even to her detective, yet still leaves the reader grasping at straws and not seeing the coming conclusion.

The usual comedic asides, particularly around Poirot's affront at not being recognised, seem to go a step too far in this book, and break the flow of the narrative a little more than usual. Overall though it's a good strong mystery and one which I completely failed to solve despite spotting all of the major clues.