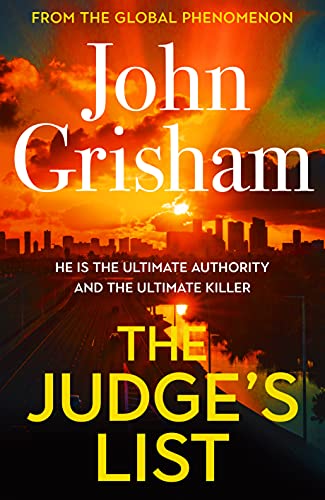 Three years ago, Lacy Stoltz investigated a corrupt judge who was taking millions in bribes from a crime syndicate. She put the criminals away, but only after being attacked and nearly killed. Now, approaching forty, she is tired of her work for the Florida Board on Judicial Conduct and ready for a change.

Then she meets a mysterious woman who is so frightened she uses a number of aliases. Jeri Crosby's father was murdered twenty years earlier in a case that remains unsolved and that has grown stone cold. But Jeri has a suspect whom she has become obsessed with and has stalked for two decades. Along the way, she has discovered other victims.

Grisham returns to the land of sequels as we return to the investigators of dodgy judges, and a horrifying accusation is made.

With this novel, I feel like I might be on the Grisham off ramp. The narrative style is becoming increasingly dry and hard to engage with, and it feels like Grisham in this book particularly has started taking lessons from other crime writers I’ve given up on about how graphic to be in describing violent criminal activity, and that’s not what I’m here for.

I found the novel to be a bit of a slog, and just really wanted it to be over all the way until the conclusion. That itself was very true to the Grisham style, which I’d describe as being unable to provide a satisfying ending.

So I don’t know if I’m even going to bother with the next book. Maybe that’s the end.