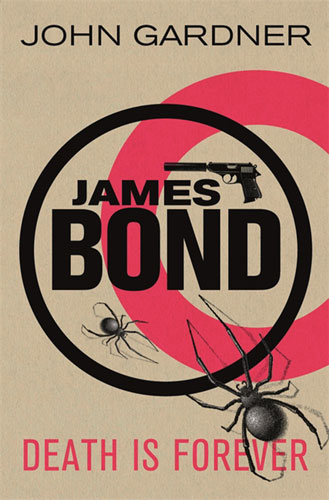 The Cold War is over. After two British agents die under mysterious and strangely old-fashioned circumstances in Germany, Bond is paired up with beautiful CIA agent 'Easy' St John. He's been assigned to track down the surviving members of "Cabal", a Cold War-era intelligence network that received a mysterious and unauthorised signal to disband.

It's not long before Bond and Easy find themselves playing a life-or-death game as they try to figure out who they can trust. All the while, Cabal agents are dying one by one...

The twelfth James Bond novel published by long-standing continuation author John Gardner sees the British secret agent embracing the mores of the early 1990s as he investigates the disappearance of some former agents around Europe.

In some senses, it’s a classic Bond novel - exotic travel on the latest high class trains, female characters with absurdly suggestive names, and over-the-top villains. Yet it’s almost spoilt by Gardner’s attempts to make it work as a contemporary story - these things seem cheesy and forced into the novel, rather than the airy, natural feeling of being in place in the original Fleming stories (not that every line of Fleming’s has survived the test of time!).

I remember reading this novel as a teenager, yet only one line has stuck in my mind and the plot was totally alien. That the line in question was entirely inconsequential and entirely about trying to seem in place in the 1990s only emphasises the feeling I expressed above.

As a novel, it’s okay - but it’s not Gardner’s best entry in the series.