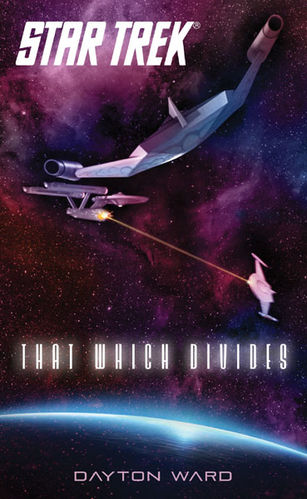 The Xondaii system-located in an area of non-aligned space near Federation and Romulan territory-is home to a unique stellar phenomenon: a spatial rift which opens every 2.7 Earth years, remains open for a period of approximately twenty-one Earth days, and allows access to a small planetoid that orbits in proximity to the system's fourth planet. During this brief window, the people of Xondaii undertake a massive interplanetary operation: mineral ore is ferried from the mining operation while supplies, crew replacements, and so on are transported from the planet. Also, communications with the mining colony on the planetoid are possible only when the rift is open.

Science vessel U.S.S. Robert Ballardis severely damaged during its mission to the system, and the U.S.S. Enterpriseis dispatched to investigate and render assistance. But Kirk, Spock, and Sulu also collect the data about the rift, and the evidence they've gathered regarding its artificial nature is compelling. How has this not been discovered by anyone from Xondaii, especially when considering the extensive mining operations that have been in place for decades? And what can prevent enemies of the Federation from exploiting this newfound power?