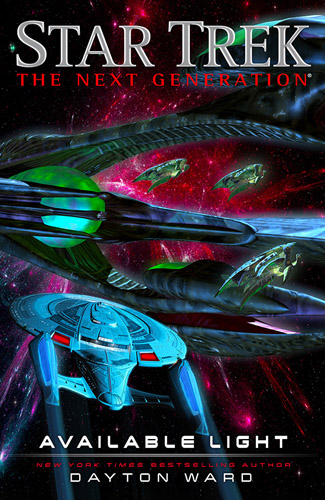 Section 31, the covert organization which has operated without accountability in the shadows for more than two centuries, has been exposed. Throughout the Federation, the rogue group’s agents and leaders are being taken into custody as the sheer scope of its misdeeds comes to light. Now Starfleet Command must decide the consequences for numerous officers caught up in the scandal—including Admirals William Ross, Edward Jellico, Alynna Nechayev, and Captain Jean-Luc Picard who, along with many others, are implicated in the forced removal of a Federation president.

The latest Star Trek: The Next Generation continuation novel successfully balances two plots - one covering the ongoing events from previous novels that have rocked the Federation and a second being a stand-alone mission that the Enterprise is on.

I really enjoyed both aspects of the story. I’m a big fan of the Star Trek novels that have dealt with Federation politics, and spent time with the various presidents, and so happy to see some more of this. Ward has also crafted a lovely stand-alone story that feels like an episode of the television series, but uses the opportunity of a novel to tell a story that wouldn’t have been possible with the television technology of the 80s and 90s.

The grasp of the characters is excellent, both for those that we’ve known for decades and the newer characters who have been introduced in the novels and who get to play a large part here. They now feel as much of the family as Picard and Worf.

A great continuation novel - but probably one that requires a decent knowledge of the novels that have proceeded it going quite far back. There’s at least one more on the way for this TNG universe, and I’ll be sad if that’s the end - because the existence of a new Picard TV series may mean that this version of the Trek future is overwritten, and it’s been a fun journey.