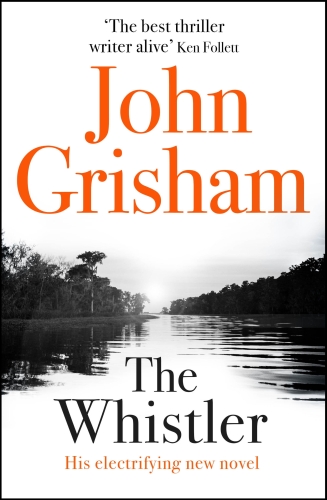 Lacy Stoltz never expected to be in the firing line. Investigating judicial misconduct by Florida's one thousand judges, her cases so far have been relatively unexciting. That's until she meets Greg Myers, an indicted lawyer with an assumed name, who has an extraordinary tale to tell.

The latest John Grisham legal thriller focuses on some lawyers who are acting as investigators, looking into allegations against corrupt judges in California. Unsurprisingly, the story opens with an allegation that a judge is corrupt, but so corrupt that the allegations are wrapped up in a complex web of secrecy that much of the narrative deals with unpicking.

This has to be one of the blandest Grisham novels I've read. And I've read all of them. The writing style is dry and factual. Even the interpersonal relationships feel bereft of emotion and read as if they are being described by an alien who has no understanding of human life. The narrative is just a list of back to back facts, many without involving the characters at all, with no regard for the classic storytelling rule of 'show, don't tell'.

The plot is a strong one regardless, there's a mystery, there's threat, there's shock. But the presentation dilutes it all the point of dullness, not allowing the reader to get drawn in or to become emotionally involved or hooked on the story. There's no chance to get invested, and so even when there are moments of success it's like reading about events from centuries ago in a history textbook.

I can't recommend this book. If you're looking for a Grisham story to pick up you'd be better served choosing one of his earlier works.