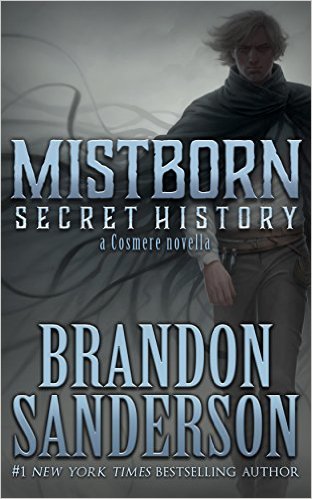 The seventh story in the Mistborn series is a fascinating diversion from what's gone before, revealing a secret second storyline which occurred simultaneously with the original trilogy. Because of this, it should definitely be read after those three books at least, if not after all six others.

My recommendation would be to make sure you re-familiarise yourself with the originals before reading - I didn't, and certainly felt that I would have got more from it if I had.

As well as being a surprise publication, the story's content is a surprising revelation of things we as readers didn't know we're going on, and it's fascinating to see Sanderson continuing to develop his world, and also that the long promised 'Cosmere', tying together many of his stories into one expanded continuity, is beginning to emerge.

Overall, a, really great and revelatory companion piece to Mistborn, and one that only whets my appetite for more.b