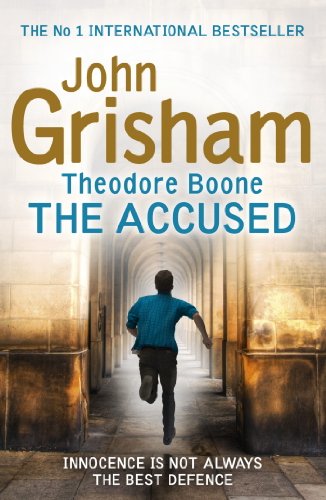 Theodore Boone is the thirteen year old who knows more about the law than most adult lawyers. He certainly never expected to be the victim of crime himself. But then his bike is vandalised, he's attacked while doing his homework and, worst of all, framed for a robbery.

When stolen computer equipment turns up in Theo's school locker, the police start leaning on him hard. And he is the only suspect. What if he is found guilty? What about his dreams of becoming a lawyer?

The third adventure for Theodore Boone surprised me by being much better than the first two. Boone, a rather goody-two-shoes middle class American child, son of two lawyers, finds himself the number-one suspect in a burglary.

The plot is really strong - more so than some of Grisham's books for adults even. Although the slightly pompous and unappealing life situation of the character is still there, it's lessened compared to the previous books, and feels less like a lecture on how children should behave.

There's action and mystery on top of the legal focus, which makes this much more entertaining than its predecessors. I hope Grisham keeps it up for the series going onward.