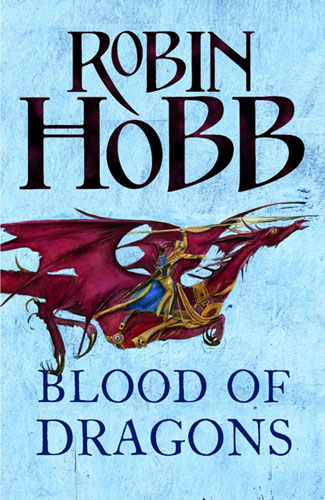 Dragon blood and scales, dragon liver and eyes and teeth. All required ingredients for medicines with near-miraculous healing powers. The legendary blue dragon Tintaglia is dying of wounds inflicted by hunters sent by the Duke of Chalced, who meanwhile preserves his dwindling life by consuming the blood of the dragon's poet Selden Vestrit.

If Tintaglia perishes, her ancestral memories will die with her. And the dragons in the ancient city of Kelsingra will lose the secret knowledge they need to survive. Their keepers immerse themselves in the dangerously addictive memory-stone records of the city in the hope of recovering the Elderling magic that once allowed humans and dragons to co-exist. In doing so they risk losing their own identities, even their lives.

And danger threatens from beyond the city, too. For war is coming: war between dragonkind and those who would destroy them.

The final novel in the Rain Wilds Chronicles, and thirteenth full length story to take place in the Realm of the Elderlings, Blood of Dragons follows on immediately where the previous novel left off, and wraps things up - possibly a little too quickly.

The world building aspects of this series have been the most entertaining thing, as the characters explore themselves and the new world that they find themselves in. It's a tale of discovery, and yet also of several individuals, whose arcs come to an end.

The story itself seems to be just a framework for Hobb to write about the characters and world - this isn't a bad thing in itself, but does mean that the plot is quite slow to develop and the little action that occurs is brushed over quite quickly. The climax of the novel felt particularly rushed and I was disappointed that things wrapped up quite quickly.

Overall though I've really enjoyed this more domestic look at Robin Hobb's world and spending time in the company of a variety of different characters to those in the previous trilogies. I'll certainly miss not having a fifth book to follow their development further, and look forward to Hobb revisiting the world again in the future.