While the Clock Ticked 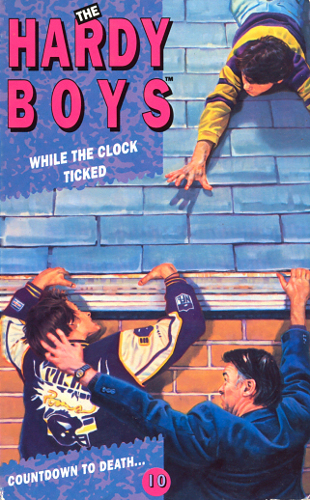 A clock in a vacant house provides a clue to the whereabouts of a gang of harbor thieves.

Hardy Boys original number eleven (as revised in 1962) sees the teen detectives take on a new investigation when their father is unavailable. A range of coincidences come together as usual to tie several different mysteries together into a closed room mystery that the boys struggle to solve, including some of their biggest peril so far in the series.

While some elements of the series seem to be becoming quite repetitive - the number of criminal gangs in the same line of business in one little town is quite surprising - this is a good example of the Hardy Boys, and belies the claim the first ten books were the best, as this is certainly better than some of them.