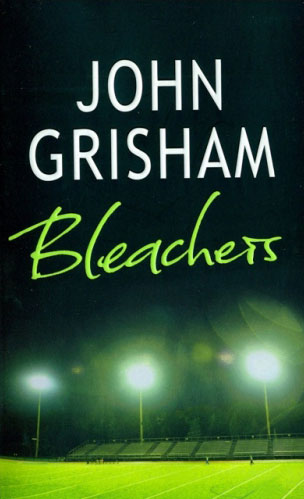 Neely Crenshaw was probably the best quarterback ever to play for the legendary Messina Spartans. Fifteen years have gone by since those glory days, and Neely has come home to Messina to bury Coach Eddie Rake, the man who moulded the Spartans into an unbeatable football dynasty. Now, as Coach Rake's boys sit in the bleachers waiting for the dimming field lights to signal his passing, they try to decide once and for all whether they love Eddie Rake - or hate him.

This is probably the best book that John Grisham has ever written. It's the story of Neely Crenshaw - a former american football star - who returns home for the first time in fifteen years as his old high school football coach is dying. It's the most emotional thing I've read from Grisham's pen, and the deepest.

There isn't really a plot to this one - it's very unlike Grisham's other books (with the possible exception of Playing for Pizza, which is also football themed), rather it's a character piece about Neely, telling his life story in few words and strong feelings, and yet still taking him on a journey. In this sense it's almost a coming-of-age tale, and is actually one of the best written pieces I think I've ever read.

I have to lay some criticism at its door though - and that's about the american football. I have no clue whatsoever, and so a part in the middle of the book had me completely lost as it described a particular match. Like any sport, if you're not familiar with it, you won't understand the terminology and so won't have a clue what's happening from the description. I think though that Grisham learnt from this though, because the football in his later novel Playing for Pizza is much more accessible to the uninitiated.

If you're looking for a legal thriller in the author's usual line, then skip this, but if you've wondered whether he has it in him to write something a little more powerful, something that connects emotionally, then this is for you.