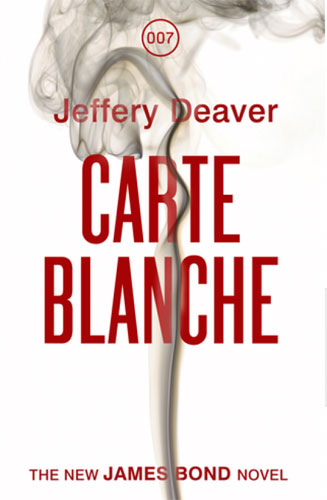 Fresh from Afghanistan, James Bond has been recruited to a new agency. Conceived in the post-9/11 world, it operates independent of Five, Six and the MoD, its very existence deniable. The Night Action alert calls Bond from dinner with a beautiful woman. GCHQ has decrypted an electronic whisper about an attack scheduled for later in the week, casualties estimated in the thousands. 007 has been given carte blanche in order to fulfil his mission.

James Bond returns, rebooted, in this new novel set in the modern day, where he works for the ODG, a secret agency of the British government whose task is the 'protect the realm'. When a text message is intercepted mentioning an attack and potentially thousands of deaths, 007 is called in and given carte blanche (the modern equivalent of his old licence to kill) to save the day.

The novel is presented as an interesting blend of author Jeffrey Deaver, and Bond-creator Ian Fleming's writing styles. For the most part, Deaver's language and plot structure comes through, but there are a few passages that are distinctly Fleming, some to the extent that I felt they could have been lifted straight from the original Bond books.

The characters, while slightly updated for the contemporary setting, are exactly those that Fleming gave us, especially Bond himself (fortunately not Daniel Craig) and M (back to the original male version), and a number of other familiar names crop up. This does become something of a cliché though in the first half of the book, where I found myself wondering which classic character would show up next rather than focussing on the plot.

I was very impressed by Deaver's plot, which departed somewhat from what I had been led to expect from some of the early publicity around the book (a little distracting as it meant I was constantly expecting something that never came). It moves at the perfect pace to hook the reader while remaining true to the attention to detail of Fleming's prose.

Twists and turns fly rapidly off the pages, however this is actually where I think the book is let down. There are several instances of what I consider to be Jeffery Deaver's trademark suspense technique - resolving a cliffhanger by utilising something that happened earlier but his narrative didn't tell us about. I find this really frustrating and it comes across as extremely lazy writing - especially when it affects a major part of the novel. In other places however, plot points are resolved without resorting to this method and I just can't see why Deaver does it.

Overall though I must confess to being impressed - my feeling from reader a couple of other Deaver novels recently was one of trepidation, but this book has managed to impress. The die-hard 007 fan may not appreciate the effort Deaver has gone to in order to update the settings, but I found it tastefully done, and look forward to finding out who the publishers will select when James Bond returns.