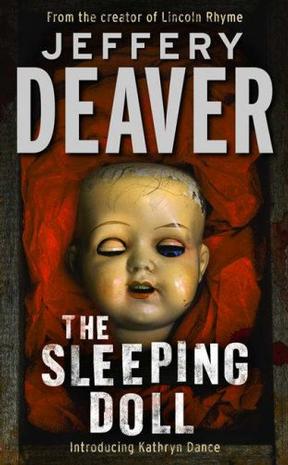 California Bureau of Investigation Special agent Kathryn Dance is an expert in kinesics: the science of interpreting behaviour. It makes her a brilliant interrogator. But she's up against Daniel Pell, a master of control who mesmerises, seduces and exploits people for his own murderous ends. A convicted killer who is known as The Son of Manson for the chilling parallels between him and the notorious ritual murderer.

I am ambivalent about this first book in the Kathryn Dance series, similar to how I felt about its sequel. In this she is on the trail of escaped prisoner Daniel Pell, a murderer who seems able to brainwash people into helping him.

While the concepts of the two main characters are really interesting, Dance as the kinetics (body-language) expert and Pell as the mind-controlling evil-doer, the plot and the writing style just fail to bear the weight.

Unlike a traditional mystery story, there's no opening for the reader to work things out - every twist comes completely out of the blue, and I found that to be really frustrating. Deaver also has a habit of ending chapters on suggestive cliff-hangers, only to change direction immediately after the break, completely ruining the suspense he has built up.

The narration is opinionated, which seems very strange presentation. If it was aligned with a character, as many other authors do, then this style would make sense but presented as the opinion of a faceless third person narrative it is jarring and rips focus away from the story.

Finally it is too complicated - there's more going on than is needed to tell the story, and particularly at the end where Deaver throws in some unexpected and ultimately unnecessary twists that just cause it to feel dragged out. I'm all for tying up loose ends but these ends weren't even there up to this point.

Overall I probably shouldn't have bothered after my experience reading the sequel. I can only hope that Deaver's attempt at a James Bond novel later this year turns out more satisfactorily.