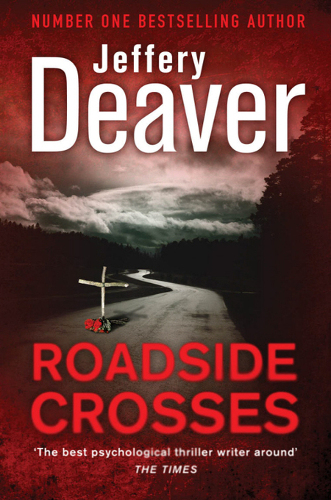 A highway patrol trooper notices something strange on the side of the road: a homemade cross, fashioned as a memorial. Except the date being 'remembered' is the following day - the day the police find a kidnapped teenage girl in the trunk of a car, left for dead.

Special Agent Kathryn Dance, kinesics expert with the California Bureau of Investigation, is on the case. The teenage victim points her to an online community where criticism is vicious. It looks as though one teen has finally snapped. Then further crosses appear. Now Dance must race against the clock to find the attacker before he can carry out his deadly plans for revenge.

I bought this book after hearing that Jeffery Deaver was to write the next James Bond novel, to find out what his writing is like. I'm a little disappointed.

While it was a fairly enjoyable read, there are a lot of little niggles which irritated me as I read. This started right at the beginning. Throughout the book, Deaver has the habit of building up red herrings to absurd levels. Unfortunately it's blatantly obvious what's happening, and so rather than tempt me into reading on it leaves me wanting to sigh wearily.

The characters mostly come across as two dimensional. Apart from the main one, Kathryn Dance, they tend to be simply defined as a personality type and left at that. A few improve towards the end but not enough to make a difference.

The novel involves murders that are linked to a particular blog, social network and online game. This leads to a lot of jargon, and the way this is explained comes across as horribly patronising and inaccurate. My biggest quibble here is the use of l33tspeak, which is portrayed as commonplace on the web rather than being used by a small minority. Deaver's depiction of his made up MMORPG and social network as the biggest of their kind pushed my suspension of disbelief too far and really got in the way of the plot for me.

Finally, the characters are bad detectives. They jump to erroneous conclusions again and again with no consideration that they might be wrong. They only manage to make any progress through coincidence and being in the right place at the right time. It annoyed me that there was never a real sense of mystery nor an impression that this was a whodunnit style of novel.

Well, rant over. I still feel that I enjoyed reading it, even though not as much as other books of the genre. I'm still in two minds over whether to explore further into Deaver's canon, so will wait and see how the mood takes me in future. I'll still be buying the James Bond book though.