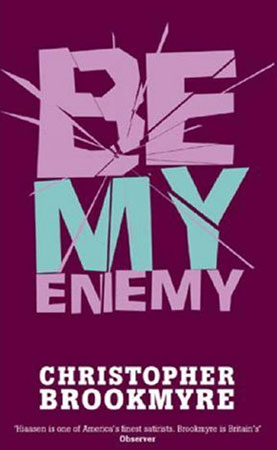 It was a junket, a freebie. A 'team-building' weekend in the highlands for lawyers, advertising execs, businessmen, even the head of a charity. Amid the flying paintballs and flowing Shiraz even the most cynical admit the organisers have pulled some surprises - stalkers in the forest, power cuts in the night, mass mobile phone thefts, disappearing staff, disappearing guests: there's nothing can bring out people's hidden strengths or break down inter-personal barriers quite like not having a clue what's going on and being scared out of your wits. However, when the only vehicular access for thirty miles is cut off it seems that events are being orchestrated not just for pleasure... and that's before they find the first body.

Brookmyre returns to his original protagonist, journalist Jack Parlabane for this novel, although a lot of the other characters get a chance to shine. A seemingly random group of individuals are invited to a trial run of an outward-bound team-building weekend, which is fine, until people go missing, and bodies turn up.

Although it takes a lot of set up time before the action gets going, it's certainly worth it. The gore is as full on, if not more so, than usual so the squeamish would definitely want to avoid. In fact this is the first one that I've actually found went beyond my comfort zone (but only once).

The characters are rich and varied, and even those who seem to be stereotypes at first turn out to be deeper, and as we see more of them under pressure they become more likeable, in a strange sort of way. The plot however is a bit of a rehash. In my mind, it's too similar to the events of 'One Fine Day in the Middle of the Night', particularly earlier on, though later it diverges significantly.

It's not going to go down as my favourite of Brookmyre's novels, but I can't fault its humour and grossness at all. An enjoyable read.