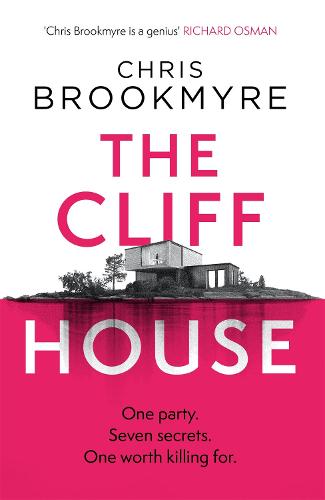 Jen's hen party is going to be out of control. She's rented a luxury getaway on its own private island. The helicopter won't be back for seventy-two hours. They are alone. They think. As well as Jen, there's the pop diva and the estranged ex-bandmate, the tennis pro and the fashion guru, the embittered ex-sister-in-law and the mouthy future sister-in-law. It's a combustible cocktail, one that takes little time to ignite, and in the midst of the drunken chaos, one of them disappears. Then a message tells them that unless someone confesses her terrible secret to the others, their missing friend will be killed. Problem is, everybody has a secret. And nobody wants to tell.

Chris Brookmyre’s latest novel is a bit overwhelming at first - introducing a lot of characters very quickly, who make up the party going for a hen weekend on a remote Scottish island.

Once I’d got my head around the cast though the plot moves at a fantastic pace and the intrigue flows throughout the rest of the text, which I devoured very quickly.

The classic Brookmyre feel is here, though the structure is a bit different. Finding out the characters’ backstories is key, but that’s dripped throughout, rather than taking half the book to get through before the action kicks in.

I had so many thoughts and ideas of what the secrets might be, and am glad not to have been totally caught out by the end. A really great fun modern mystery.