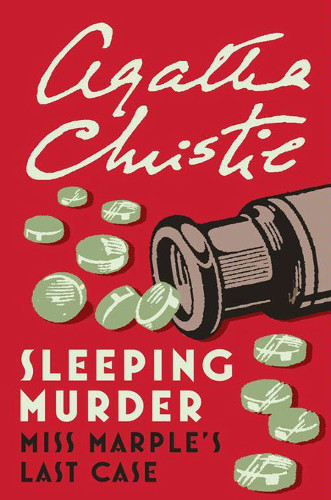 Soon after Gwenda moved into her new home, odd things started to happen. Despite her best efforts to modernise the house, she only succeeded in dredging up its past. Worse, she felt an irrational sense of terror every time she climbed the stairs! In fear, Gwenda turned to Miss Marple to exorcise her ghosts. Between them, they were to solve a 'perfect' crime committed many years before.

I've been very lapse and am not reviewing this one until a week after I finished reading it. Tut tut. It's a fairly good novel, once again more in keeping with the later Marples (of which it is one) in that the plot is more complicated than the early formula of 1. Murder, 2. Marple, 3. Murder, 4. Solution.

There are a number of elements that don't really add up. First off is the coincidence that magically bring the main character back to the location of the crime twenty years later. Then of course the familiar fortune that they happen to know Miss Marple. There is also a slight issue of no ones attention being drawn to where the body is hidden.

The ending itself however is quite interesting. I thought that I had worked it out, and it as someone that none of the characters had even considered. Then just as the conclusion was drawing up, the protagonist suddenly decided the same as I had been thinking for some time, only to be proved hideously wrong - it was the one person that it had never crossed my mind to consider.

All in all, certainly not one of the worst Marples, but probably not the best either. Well, that's the end, pretty much, of my Miss Marple reading - just a collection of short stories to go.