The Mirror Crack'd from Side to Side 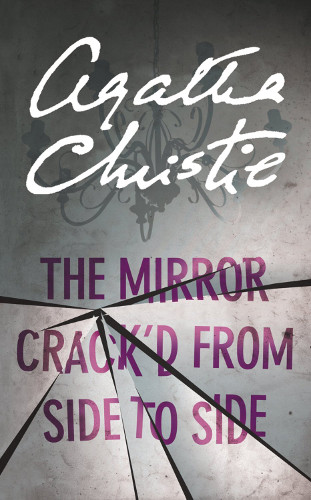 One minute, silly Heather Badcock had been gabbling on at her movie idol, the glamorous Marina Gregg. The next, Heather suffered a massive seizure. But for whom was the deadly poison really intended? Marina's frozen expression suggested she had witnessed something horrific.

This one has the return to Miss Marple's home of St Mary Mead that I've been desperately craving. The contrived ways she has become involved in some of her cases was getting on my nerves, and I'd much rather the murders came to her! Marple is now fairly housebound, and so a lot of the action is seem from the other characters' points of view, with them reporting in every so often.

It's nice to see Marple aging as the series progresses, even though she has always been elderly. I'm quite surprised that she manages to hang on for the remaining four novels!

This one again had the murder occur at a large mansion, but this time the extended family were not involved. Well... in a sense they were, but not in the same way as the recent novels. The murder has the exciting twist of not even knowing who is the victim, as well as the perpetrator, which added to the mystery.

The ending however did leave a few more questions than answers, and in that sense was a little disappointing. The murdered was someone I had never suspected - but my lack of a certain piece of historical medical knowledge meant that there was no way I could have picked up on the clues.

All in all, it showed some promise, but the conclusion was a little too convoluted.