Track of the Zombie 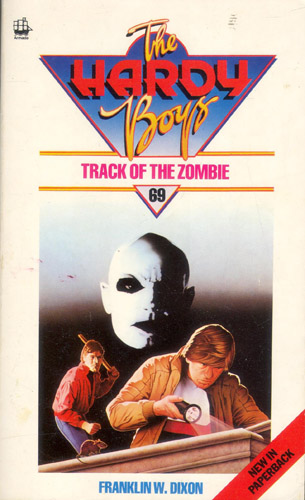 The Hardys investigate a series of mysterious forest fires in Vermont that seem to be the work of an arsonist, who a local teenage boy believes is a zombie

In one of their least memorable adventures, the Hardy brothers head off on holiday to investigate several mysteries, including the titular zombie, who is a local legend where they are staying.

It’s definitely a book of its time - the early 1980s - with crimes and settings to match, which are likely less common appearances today. However in other ways this book feels more modern - the language, the behaviours of the characters, and the avoidance of the most obviously offensive stereotypes.

As with the novels just before in the series, it makes more references to other novels in the series than previously. This feels like it ties in with the increased publishing frequency of the time, and a rather obvious marketing tactic within the narrative.

As i say, a fairly forgettable story and one that I wouldn’t place near the top of any list.