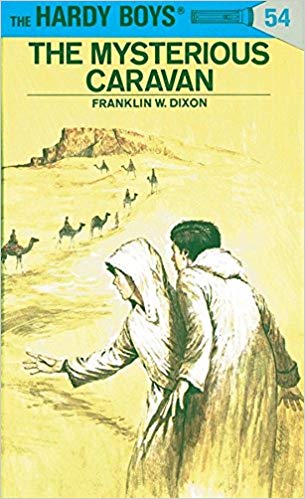 When the Hardy Boys take a winter vacation in Jamaica, Joe finds an ancient bronze death mask washed up near their beach house during a violent storm. Helping the Hardys and their friends in this bizarre mystery is William, a Jamaican boy, who flies to New York with startling news, only to be intercepted and held for ransom--the death mask! Frank and Joe must rescue William, plunge into their father's airline-ticket theft case, and fly into a maze of danger in Africa.

A remarkable entry in the Hardy Boys series, as with book 54 arrives the first black character who joins the brothers as a friend and assistant throughout. It also features the first female character to also accompany them for part of the story, rather than just being someone to provide them with food.

The plot however follows the trend in previous novels of becoming rather convoluted, and feels like it’s just become a backdrop to the international travel that the characters now get to do.

In this way it reminds me a bit of James Bond films, which are clearly constructed around the locations around the world that they think will make good settings. But the storytelling doesn’t bring itself to the same level.

The travel aspects however do feel impressive and fairly thoroughly researched (although I have no specific knowledge to back this up), which does well to present the places visited in a way that feels authentic and only a tiny bit racist in places.