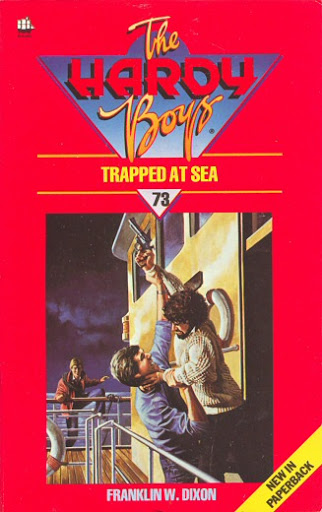 This is a badly titled Hardy Boys book in which they spend barely any time trapped at sea. Instead they’re on the trace of some transport hijackers.

I thought after a recent entry in the series that we might have reached peak plot, but no, this one really jumps the shark with villains who actually want to take over the world.

Other than the ludicrous setup and the usual amounts of 80s-style racism, it’s quite a good and fairly typical novel, chasing criminals around.