Revenge of the Desert Phantom 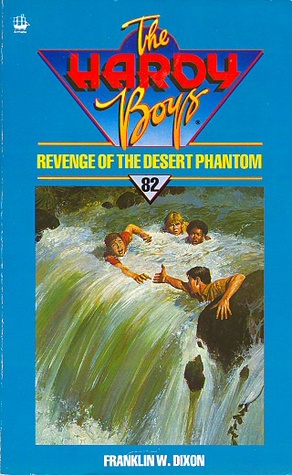 This is a remarkably different Hardy Boys book. Dropping from 20 to 15 chapters, and with a real shift in tone, it feels like the 80s have really hit.

The characters are much less bland, and feel more realistic. But the adventure is much bigger, with guns everywhere, although this is at least balanced with a lot of new introspection from Frank about them having ended up in a bad situation.

This story also takes a decent step toward better representation, not only marking the first time the boys’ client has been black, but also having a couple of significant female characters. Iola Morton stands out in particular as finally having character, motivation, frustrations, and is an active character.

Overall, I found it a bit jarring. It feels like it’s probably a pilot for the Casefiles series, but we shall see if the next few books retain this style or revert to something more traditional.