Places in the Darkness 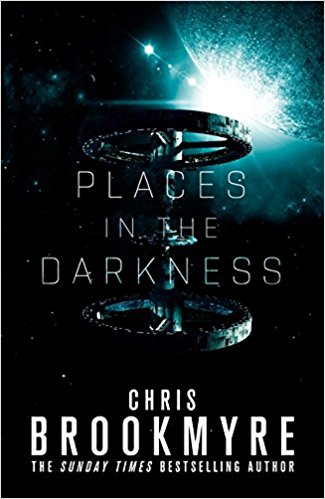 Ciudad de Cielo is the 'city in the sky', a space station where hundreds of scientists and engineers work in earth's orbit, building the colony ship that will one day take humanity to the stars. When a mutilated body is found on the CdC, the eyes of the world are watching. Top-of the-class investigator, Alice Blake, is sent from Earth to team up with CdC's Freeman - a jaded cop with more reason than most to distrust such planetside interference.

As the death toll climbs and factions aboard the station become more and more fractious, Freeman and Blake will discover clues to a conspiracy that threatens not only their own lives, but the future of humanity itself.

Christopher Brookmyre, known for earlier comedic and latterly serious crime novels takes a second step into science fiction with this tale of a future space station, its new head of law enforcement and a local cop who knows the place like the back of her hand.

Brookmyre presents a future which is a rounded blend of positive and negative. The people of his world are socially liberal but fiscally conservative, which isn’t quite what their government want them to be. Things really kick off when there's a brutal murder aboard the space station, and some people really want to cover it up.

While the graphic storytelling, humour, characters and society are reminiscent of Brookmyre's usual output, the narrative felt like it had quite a different structure. It's told in the present tense (which as always takes me a while to get used to) but this also means the narrative is pretty much chronological, whereas a lot of Brookmyre's books tell a large part of the plot in flashback.

While not unenjoyable, I didn't feel the book sparked for me as much as his earlier works.