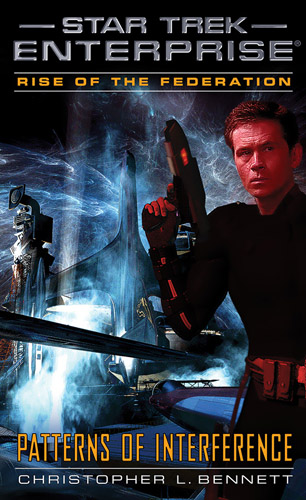 The time has come to act. Following the destructive consequences of the Ware crisis, Admiral Jonathan Archer and Section 31 agent Trip Tucker both attempt to change their institutions to prevent further such tragedies. Archer pushes for a Starfleet directive of non-interference, but he faces opposition from allies within the fleet and unwelcome support from adversaries who wish to drive the Federation into complete isolationism. Meanwhile, Tucker plays a dangerous game against the corrupt leaders of Section 31, hoping to bring down their conspiracy once and for all. But is he willing to jeopardize Archer's efforts and perhaps the fate of an entire world, in order to win?

Another Enterprise novel continuing the adventures of the crew, who have long since gone their separate ways. It’s a bit of a strange standalone novel that really does need he background knowledge from reading earlier stories to follow.

A number of storylines seem to battle for attention, and it feels a bit like Bennett is struggling to find things for all the characters to do - one of them in particular, while having an interesting science fiction experience, has a fairly tenuous thematic link to the rest, and I felt was a little underplayed what message it was intended to be sending.

Meanwhile the ‘main’ plot showed some interesting parallels with issues in the current news, but felt a bit patchy in construction and rushed in places it might not have been.

Overall, I think it’s a weaker novel that spreads a bit too thinly quite a lot of different storylines rather than picking one to do really well. It does however have one of the best sneaky little jokes in the narrative that I’ve seen for quite some time!