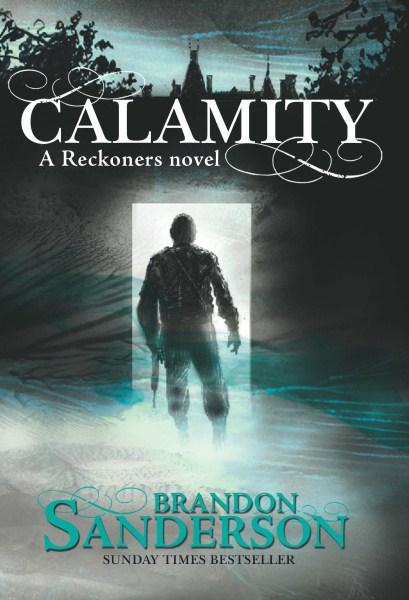 They told David it was impossible - that even the Reckoners had never killed a High Epic. Yet, Steelheart - invincible, immortal, unconquerable - is dead. And he died by David's hand.

Eliminating Steelheart was supposed to make life more simple. Instead, it only made David realize he has questions. Big ones. And there's no one in Newcago who can give him the answers he needs.

The third (ish) and final story in the Reckoners series continues the adventures of David, now leading the team opposing the Epics, a group of evil super humans who control the world using their various powers.

Sanderson's worlds continue to develop in interesting ways and his magic for twisting settings in ways that you don't expect, but which it also becomes very clear he's had up his sleeve all along, remains present in this as it has in the other two books he's already released this year.

I love how the main character has developed since the start of this series, gradually gaining in skill and confidence and ambition. This is a good clearly intended for a young adult audience, but there's nothing in it to separate it from a novel intended for adults, and I think anyone who doesn't mind a bit of fantasy would really enjoy this light series.

I've heard that other readers didn't think much of this conclusion to the series, but although I didn't rate it amongst Sanderson's best, it didn't do anything to disappoint me.