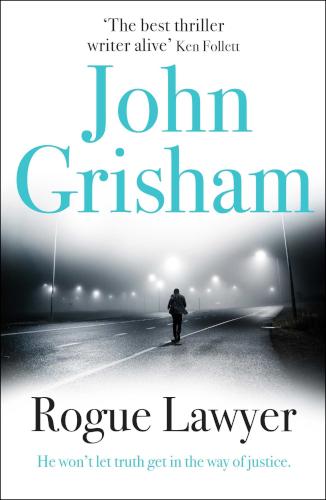 Sebastian Rudd takes the cases no one else wants to take: the drug-addled punk accused of murdering two little girls; a crime lord on death row; a homeowner who shot at a SWAT team.

Rudd believes that every person accused of a crime is entitled to a fair trial - even if he has to cheat to get one. He antagonises people from both sides of the law: his last office was firebombed, either by drug dealers or cops. He doesn't know or care which.

But things are about to get even more complicated for Sebastian. Arch Swanger is the prime suspect in the abduction and presumed murder of 21-year-old Jiliana Kemp, the daughter of the assistant chief of police. When Swanger asks Sebastian to represent him, he lets Sebastian in on a terrible secret one that will threaten everything Sebastian holds dear.

This year's big Grisham novel is an interesting twist, telling the story of a lawyer who is reviled for taking on the cases of those who juries can't wait to sentence - who have already been tried by the press or the police and where evidence is unlikely to sway anyone. As such the chap lives a difficult life and we get to see various as pieces of it.

Unlike the authors other novels, this one is presented in an episodic fashion, telling a number of stories of different cases with recurring characters, rather than the usual focus on one big story. This is great as it feels like your getting much more from the book.

It's great to see this focus on the character, and it doesn't do anything to diminish the courtroom drama of the piece, instead almost emphasising it as there's so much spread throughout. I also liked the way that Grisham gradually build the plot up from small beginnings, dropping things in which then snowball and build into a great story.

I'm a happy Grisham reader after this year's offering, and look forward to visiting his world again next year.