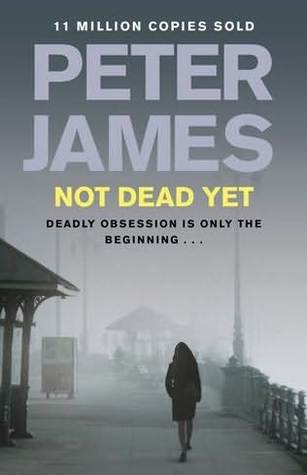 For LA producer Larry Brooker, this is the movie that could bring the fortune that has so long eluded him. For rock superstar, Gaia, desperate to be taken seriously as an actor, this is the role that could get her an Oscar nomination.

For the City of Brighton and Hove, the publicity value of a major Hollywood movie being filmed on location, about the city's greatest love story - between King George IV and Maria Fitzherbert - is incalculable.

For Detective Superintendent Roy Grace of Sussex CID, it is a nightmare unfolding in front of his eyes.

Book eight in the Roy Grace series (a series which I strongly recommend be read in strict chronological order) sees the now Detective Superintendent called in when a body is found without arms, legs or head in the waste product produced by a chicken shed. Simultaneously, his bosses challenge him to manage security arrangements for a major Hollywood star making her new movie on his patch.

As usual, it's a great complex plot with a rich number if threads to follow that give the reader just enough information to be tantalising close to piecing everything together, but still being one step away until the final moment.

The character work continues to be fascinating as well, spinning out a little into some of the minor characters and exploring their lives as they become more prominent parts of the plot. There are also some new events in the ongoing storyline that ties the books together that surprised me, and pointed to more interesting things to come.

I think my favourite thing though about the book is its pacing. The use of lots of very short chapters means you never get bogged down while reading and always feel like continuing, and reading just one more before your train pulls in.