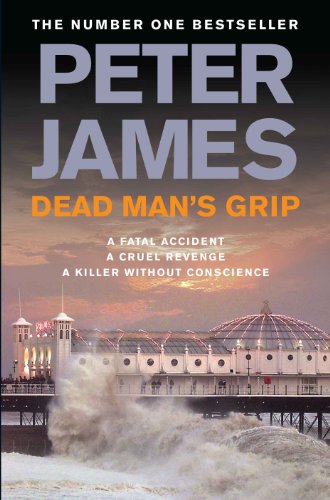 Carly Chase is still traumatised after being in a fatal traffic accident which kills a teenage student from Brighton University. Then she receives news that turns her entire world into a living nightmare.

The drivers of the other two vehicles involved have been found tortured and murdered. Now Detective Superintendant Roy Grace of the Sussex Police force issues a stark and urgent warning to Carly: She could be next.

The sixth book in Peter James' series of Brighton-based crimes investigated by Roy Grace brings us back to the detective shortly after the end of his last adventure, with a lot going on in his personal life. A tragic traffic incident leads to a murder investigation that snowballs beyond what might be expected, leading to a thrilling story.

I absolutely raced through this story, aided by the structure of many short chapters which mean it's easy to keep going right until the train arrives into the station rather than stop at a convenient point in expectation.

The story has an interesting set up and this leads too a fascinating range of characters to deal with and a series of events that I think did become a tad too fantastical. One of the things I liked best about this novel is how James is building up a world and a continuity between his books with multiple threads which you can imagine coming together at some point. He has a great talent for intrigue and dropping little hints that gradually grow as you put two and two together. It's really clever that a story that isn't really a mystery as the reader gets all the points of view can still end up surprising you.

So overall a really great addition to the series that's made me very excited to keep reading in the hope that various things will pay off in the books to come.