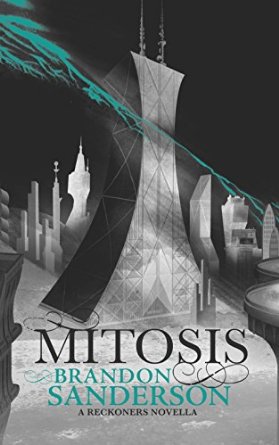 Epics still plague Newcago, but David and the Reckoners have vowed to fight back.

This is a very short sequel to Brandon Sanderson's earlier novel Steelheart, and serves as part one and a half, leading up to the second full-length novel Firefight which is coming in 2015. It's very short. Very short. As long as you know that going in, you won't be disappointed.

The story re-introduces the characters from the first book, and serves to update the reader on what happened after the end of that story, setting the stage for the full sequel to come. I found it really enjoyable to dip into a Sanderson world again and revisit this story - even for something so short it tells a nicely rounded story that expands the world.

It is short, and this may put some people off the volume I read - the hardback. For many readers a 75 page hardback book might be something they haven't had since their age was in single digits, but I'm a Sanderson fan and love to have his books on paper.