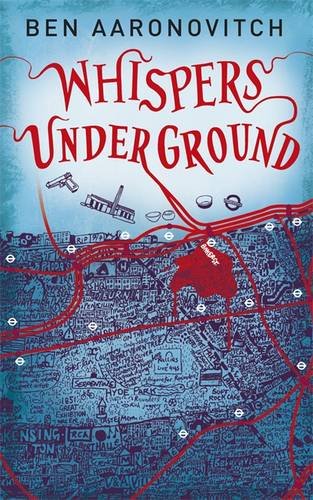 Peter Grant is learning magic fast. And its just as well - he's already had run ins with the deadly supernatural children of the Thames and a terrifying killer in Soho. Progression in the Police Force is less easy. Especially when you work in a department of two. A department that doesn't even officially exist. A department that if you did describe it to most people would get you laughed at. And then there's his love life. The last person he fell for ended up seriously dead. It wasn't his fault, but still.

The third book in the Peter Grant series follows the trainee wizard police officer as he investigates the murder of a student using some magic pottery. It's a great continuation of the ongoing storyline as well, and sees a different mix of characters making an interesting tale.

It's a good adventure and a believable take on a murder mystery story as well along the lines of a modern crime novel. The stories continue to explore some of the less familiar aspects of London, and though there are some similarities with other London-based fantasy come stories that I've read its distinctive enough for that not to bother me.

One of the elements of this book that appealed particularly is the change in the relationships between the characters, which provides for a slightly different dynamic and the exploration of some new ideas and some different humorous moments. Indeed the humour is one of the most satisfying elements of this series in its subtlety and delightfulness, twisting modern life with a touch of fantasy.

With this book I've come to the end of the initial trilogy which I bought in a box set, and I'm now going on the lookout for the rest of the series.