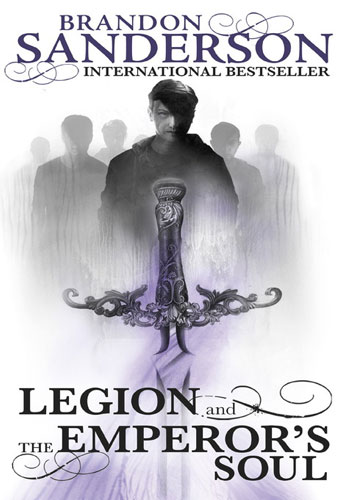 Stephen Leeds, AKA 'Legion', is a man whose unique mental condition allows him to generate a multitude of personae: hallucinatory entities with a wide variety of personal characteristics and a vast array of highly specialized skills.

A fairly short novella that I read through in a couple of sittings, Legion is the first-person tale of a young man whose many hallucinations are characters in their own right. It's hard to explain, but makes perfect sense as you read it.

The narrative style reminds me a lot of Sanderson's earlier Alcatraz stories, though this seems targeted at a slinky more mature audience and doesn't have quite the same irreverent tone.

While it lacks some of the more detailed world building that's common in a lot of Brandon Sanderson's works, the character and his situation are explored well, and the plot seems somewhat secondary to this. I found it a fascinating tale and hope that there's more to come from such an interesting idea.