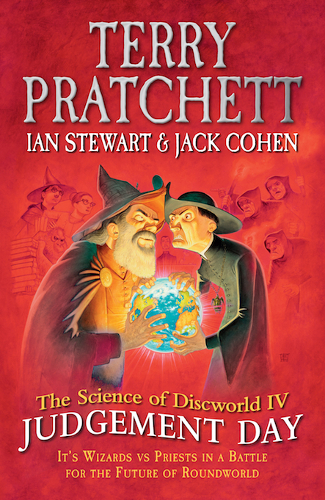 Marjorie Daw is a librarian, and takes her job - and indeed the truth of words - very seriously. She doesn't know it, but her world and ours - Roundworld - is in big trouble. On Discworld, a colossal row is brewing.

The Wizards of Unseen University feel responsible for Roundworld (as one would for a pet gerbil). After all, they brought it into existence by bungling an experiment in Quantum ThaumoDynamics. But legal action is being brought against them by Omnians, who say that the Wizards' god-like actions make a mockery of their noble religion.

As the finest legal brains in Discworld (a zombie and a priest) gird their loins to do battle - and when the Great Big Thing in the High Energy Magic Laboratory is switched on - Marjorie Daw finds herself thrown across the multiverse and right in the middle of the whole explosive affair.