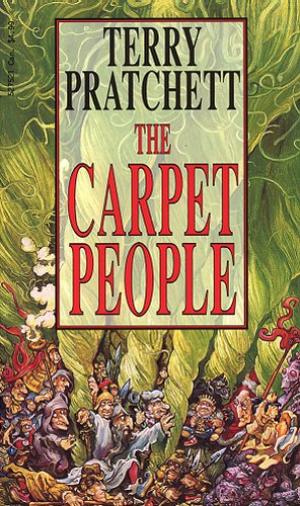 In the beginning, there was nothing but endless flatness. Then came the Carpet... That's the old story everyone knows and loves. But now the Carpet is home to many different tribes and peoples and there's a new story in the making.

One of Terry Pratchett’s earliest novels, which has lived on my shelf for many years before I’ve got around to reading it. It’s the tale of a tiny world of peoples who inhabit a carpet, and much fun is had describing the various aspects of their landscape.

While I didn’t think it had the full richness of Pratchett at his peak, its an entertaining read containing some of his usual wit and observation, and some excellent world building that leaves the reader wanting to know just a little bit more.

The plot follows a group of characters as they attempt to escape from a natural disaster that’s terrifying the populace, and they travel the carpet visiting other unusual civilisations.